► As the world grapples with a series of challenges, it is looking forward to listening to the voices of the BRICS countries as well as other emerging economies at the upcoming gathering.

BEIJING, June 21 (Xinhua) — Chinese President Xi Jinping is expected to host the 14th BRICS Summit and the High-level Dialogue on Global Development, and attend the opening ceremony of the BRICS Business Forum in virtual format later this week.

As the world grapples with a series of challenges, it is looking forward to listening to the voices of the BRICS countries as well as other emerging economies at the upcoming gathering.

At the opening of the BRICS Business Forum in 2017, the last time China was the BRICS chair, Xi delivered a keynote speech titled, Working Together to Usher in the Second “Golden Decade” of BRICS Cooperation, outlining an optimistic future for BRICS cooperation.

In the first half of the second “golden decade” of BRICS cooperation, China has put forward practical proposals and plans and contributed its wisdom and strength.

Five years have passed since 2017, with China again assuming the BRICS chairmanship.

While the COVID-19 pandemic and major changes both unseen in a century pose grave challenges to global security and development, China is promoting a BRICS more focused on high-quality development, opening-up and cooperation, deepening the group’s partnership and working toward a future of equity, justice, peace and prosperity for the world.

Under China’s chairmanship, the international community expects that any consensus reached at the BRICS Summit and other relevant events will be the “golden key” to helping all countries, especially developing ones, better address challenges and bolster development.

“The BRICS countries in the year 2022 become all the more important,” said Herman Tiu Laurel, founder of Philippine BRICS Strategic Studies, stressing that the mechanism allows the BRICS countries “to lead the world out of this quagmire of conflict, and tension, and focus again the attention of the global community on development.”

The international community also expects the mechanism to become more open and inclusive and push for a more just and equitable global governance system.

Since the BRICS mechanism was established 16 years ago, cooperation has been vital. Member countries and other developing nations benefited from an expansion in energy infrastructure, green finance and the digital economy.

“People see BRICS as a very attractive bloc,” he noted.

In recent years, the BRICS mechanism has witnessed several achievements, including establishing the New Development Bank and the BRICS Contingent Reserve Arrangement.

In 2021, the total volume of trade in goods of BRICS countries increased 33.4 percent year on year. Launched in December 2020, the BRICS Partnership on New Industrial Revolution Innovation Center has provided more than 120,000 training opportunities in 28 countries and carried out over 100 pilot projects.

Since the beginning of the year, China has continuously promoted the “BRICS Plus” cooperation model, epitomizing China’s adherence to the BRICS spirit of openness, inclusiveness and win-win cooperation.

China’s continuous contribution to the BRICS, which cover over 40 percent of the world’s population and about a quarter of the global economy, has boosted global confidence in the mechanism.

Kin Phea, director-general of the International Relations Institute at the Royal Academy of Cambodia, told Xinhua the next five years of BRICS collaboration could benefit the world.

The ‘BRICS Plus’ and the initiatives China proposed “will be catalysts for global economic growth, sustainable common development and an equitable security system,” Kin said. 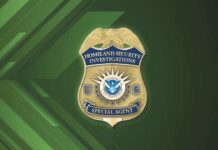 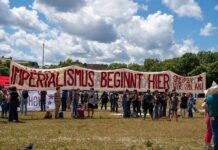 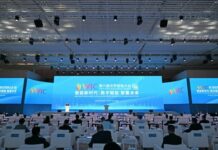