MONUSCO evacuated 32 of the seriously injured Burundian refugees from Kamanyola by helicopter and road to Goma and Bukavu hospitals.

The United Nations Organization Stabilization Mission in the Democratic Republic of the Congo (MONUSCO) has been providing life-saving support to Burundian refugees following deadly clashes that occurred last Friday in Kamanyola (South Kivu province) in which 38 refugees (24 men, 13 women, and one child) and one Congolese military officer were killed with more than one hundred injured.

MONUSCO provided immediate first-aid and initial distributions of food and water as well as protection for the estimated 1,500 refugees gathered outside the MONUSCO base. The following day, MONUSCO and UNHCR immediately deployed teams on the ground to assist and evacuate the wounded, with UNHCR also providing psychosocial counselling.

MONUSCO evacuated 32 of the seriously injured Burundian refugees from Kamanyola by helicopter and road to Goma and Bukavu hospitals.

“We will continue to provide protection to those that need it and encourage dialogue in order to facilitate a peaceful and dignified resolution to the situation” said the Special Representative of the Secretary-General of the United Nations in the Democratic Republic of the Congo, Maman Sidikou.

MONUSCO also provided support to initial mediation efforts which was further reinforced by the visit to Kamanyola, yesterday, of the Deputy Special Representative of the Secretary-General, David Gressly, who spoke with the local authorities as well as Burundian refugees, together with UNHCR, to resolve the issue of the full registration and subsequent relocation of the refugees away from the Burundian border in accordance with international and national laws and policies.

MONUSCO is also conducting investigations, including a human rights investigation, to establish the exact circumstances surrounding the violence.

MONUSCO condemns the use of excessive force that resulted in the high number of civilian casualties, including women and children. MONUSCO reiterates that security forces should have the means and training to use non-lethal methods for public order management. 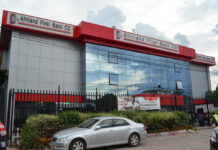 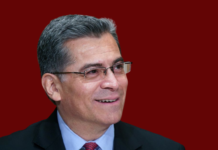 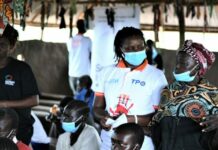