Announcing its annual results out of Johannesburg Monday morning, financial services group Discovery outlined the growth in scale and impact of its Vitality Shared-Value Insurance model.

Since launching Vitality twenty years ago, Discovery has invested considerably in building a platform that serves a global network of insurers, providing access to the Vitality brand, product offerings, technological innovations, actuarial and data insights and program assets. This Global Vitality Network now operates in 16 countries across North America, Europe, pan-Asia, South Africa and the United Kingdom, serving close to 10 million clients through seven insurers. As an integrated incentive-driven insurance model, Vitality is uniquely positioned to “monetise” better health, and is attracting over 150 000 new members a month.

In the space of the last year, .VitalityGroup Discovery’s arm tasked with driving the global expansion of the Vitality Shared-Value Insurance model – introduced the model to six new markets.

Vitality Active Rewards has been Discovery’s fastest-growing health promotion offering to date, currently available in 9 countries including Singapore, South Africa, the United Kingdom, United States, China, Australia and Hong Kong, with plans to roll out globally in 2018. It applies short-term incentives to encourage people to reach personalized physical activity goals in exchange for rewards with partners such as Apple and Starbucks – delivering tangible results. In partnership with Apple, Vitality offers members the chance to earn the cost of their Apple Watch by reaching regular activity goals. Those that use the app increase their exercise levels on average by 24%, and those using Apple Watch increase their activity sustainably by an average of 81%.

As part of the broader expansion strategy, a partnership with Hannover Re is focused on marketing Vitality Active, a mobile-only version of Vitality Shared-Value Insurance focused primarily on Vitality Active Rewards. Vitality Active is both faster and more economical to launch, making it attractive to smaller life and health insurance markets.

Vitality Group has also invested in the development of Vitality One – a cost-effective and configurable technology chassis for rolling out Vitality Shared-Value Insurance to new and existing health and life insurance markets, allowing for more rapid deployment of innovation globally.

As the Vitality model evolves, it is earning recognition in almost every country of operation. In the last year for example: AIA Australia won the Customer Innovation award for Vitality at the Financial Services Life Insurance Awards, and AIA Hong Kong received five gold awards at Marketing Magazine’s Mob-Ex Awards 2017 for the Active Rewards campaign. The French insurance magazine L’Argus de l’Assurance presented Generali Vitality the Innovation of the Year Award for the Corporate Life Business segment.

In the US and Canada, John Hancock Vitality-linked policies have grown significantly on both a policy count and premium basis, due to more US States approving the Vitality-integrated insurance product. The success of Vitality in the US is also a function of strong term and unit-linked offerings, increased broker adoption from immersive Vitality training programmes, and resonance of the Apple Watch benefit.

In Canada, Manulife is anticipating accelerated growth and penetration with a broader set of insurance products linked with Vitality, and the launch of Active Rewards with Apple Watch later this year.

The model has been well received in Europe in the past year, with Generali Vitality’s launch in Germany resulting in high sales volumes, large policy premium sizes and good client engagement. The product is distributed via numerous channels including the tied agency channels. Deutsche Vermögensberatung, Germany’s largest independent financial adviser network, will launch Vitality in January 2018.

In China, Ping An Health is performing excellently, with membership growing by 428% to 3.7 million. Its annualised new business net premium increased 103% to RMB 1.6 billion year-on-year, driven largely by the success of the Internet product, with operating profit increasing by 66% in South African rand terms.

As part of Ping An Health’s strategy to reach more cities in China, a new branch has opened in the Chengdu region which has a population of more than 14 million. Further provincial level branches and several smaller branches are planned to open in 2018.

Commenting on the rapid adoption of Vitality in China, Gore says, “Growth projections for Ping An Health’s revenue remain high, largely as a result of Ping An Group’s broad distribution footprint. After receiving an “A-” credit rating from AM Best Credit Rating Company, Ping An Health qualified for a reinsurance license from the Chinese Insurance Regulatory Commission in August 2017. This is a significant step in Ping An Health’s development plan and its continuing growth. Vitality continues to gain traction throughout Ping An. Vitality Active Rewards with Ping An Life has reached 2.4 million members in only 12 months, with high member engagement levels. In addition, Ping An Health’s Vitality programme has been upgraded and is live on three products.” 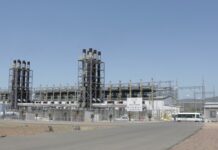 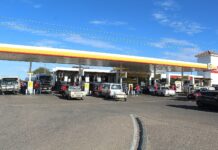 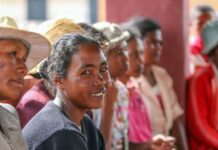