Rwanda: Kigali hosted the Commonwealth Summit from 20th to the 25th June 2022

► They were more than 30 heads of States and Governments who gathered in Kigali for 6 days on the occasion of the Commonwealth Summit.

► Prince Charles, Boris Johnson from the Great Britain, Justin Trudeau from Canada, Dr Joseph Dion Nguté from Cameroon and many others, have attended the rendezvous to meet today’s global challenges around the table with President Paul Kagamé.

Afrique54.net – The agenda of this Summit held in Kigali was huge. More than 30 heads of States and government were gathered in Kigali City, to discuss about on-going problems affecting the 54 countries members of the Commonwealth Organisation.  The schedule, the issues of hunger, trade between countries and climate change were at the forefront of the debate.

Being concerned by the inflationary blows of basic necessities and rail freight, it was an emergency for countries belonging to the Commonwealth to come out with efficient agreements to solve the problem in the next coming days.

Here is a tweet from Boris Johnson, some minutes after his arrival in Rwanda ‘’ I came to Rwanda for CHOGM to address global challenges, from hunger to climate change, and to boost trade with some of the world’s most dynamic economies ‘’. This was also a great occa sion for England, to draw new commercial links with other countries since the brexit recently observed with the European Union, and that spoiled its commercial links with European countries and countries from the Caribbean and Pacific Africa.

Rwanda, the newest member of the Commonwealth

It is important here to mention that the country of President Paul Kagamé is actually the last country of the 54 nation’s members of the Commonwealth Organisation to join the institution. It is in 2009 that the country joined the organisation. Hosting such an event was a success for the Rwandan State. It claimed it was the biggest event ever organised in Rwandan. Kigali City, vibrating to the rhythm of the 54 member countries’ flags, looked great. The town was also presented to guests as a potential touristic destination.

A backdrop of tension and peace instability summit

It is certainly one the most important part of this Summit held by President Paul Kagamé. On the eve of the summit, Kinshassa had called on Boris Johnson to put pressure on President Paul Kagame, accusing him of supporting the Rebellion that currently moving on Congo. Boris Johnson was then waited on many fronts, namely the one of insecurity between the Republic Democratic of Congo, Uganda and Rwanda. On this, Kigali reaffirmed the opinion to contribute to the fight against insecurity.

English, a language to be promoted

Promoting the commonwealth values ranging from its language to its ideology to be defended through the history of this organisation did not discharge the England Prime Minister. It is important to note that the Commonwealth is more and more gaining ground following it results on the diplomatic field.

That is certainly why the number of applications to join the organisation has increased in the last decade. Following this and after the admission of Rwanda in 2009, the Commonwealth bureau is looking forward to admitting Gabon and Togo. Boris Johnson reacted through a tweet ‘’ with our shared values, history and language, the Commonwealth is a unique and vital association’’. 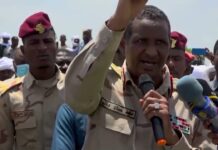 18 Sudanese civilians killed in attack on border with Chad 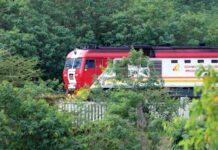 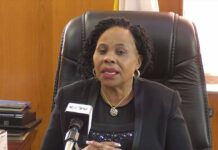